During New Year celebrations, cow bell players walk through the village with their traditional bells, playing out the old year and playing in the new. The tradition begins at around 18.00 h (either in Schmocken or Waldegg). They march through the whole village, going from restaurant to restaurant and from hotel to hotel. Everywhere they stop, people toast the new year - or “prost!” as we say in Swiss German. Arriving at the last restaurant at precisely midnight, they ring in the new year and start a round of toasting. The interesting thing about this tradition is that only a young, unmarried man can be a cow bell player- a ‘Trychler’.

Meaning the 2nd of January Stroll’ - this tradition is pretty self-explanatory. The music society travels through the village, traditionally playing in guest houses and toasting the new year. This January stroll is the first musical highlight of the year. 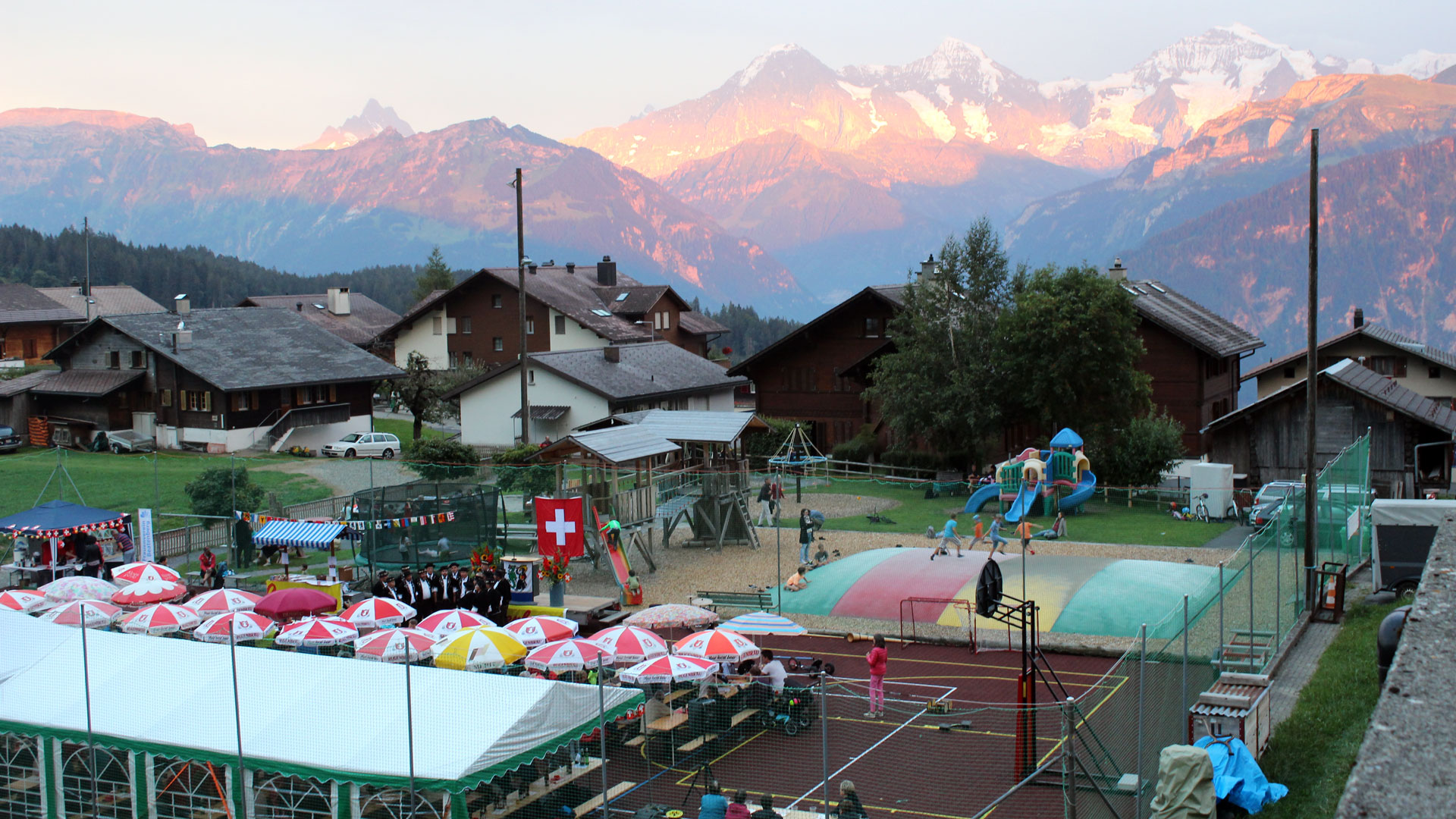 The 1st of August is Switzerland’s national holiday. Almost every village in Switzerland celebrates this day by remembering the Rütlischwur oath taken in the year 1891 with traditional speeches, celebration, music and a lantern procession for children. In Beatenberg locals and guests celebrate this national holiday together at a convivial village party. 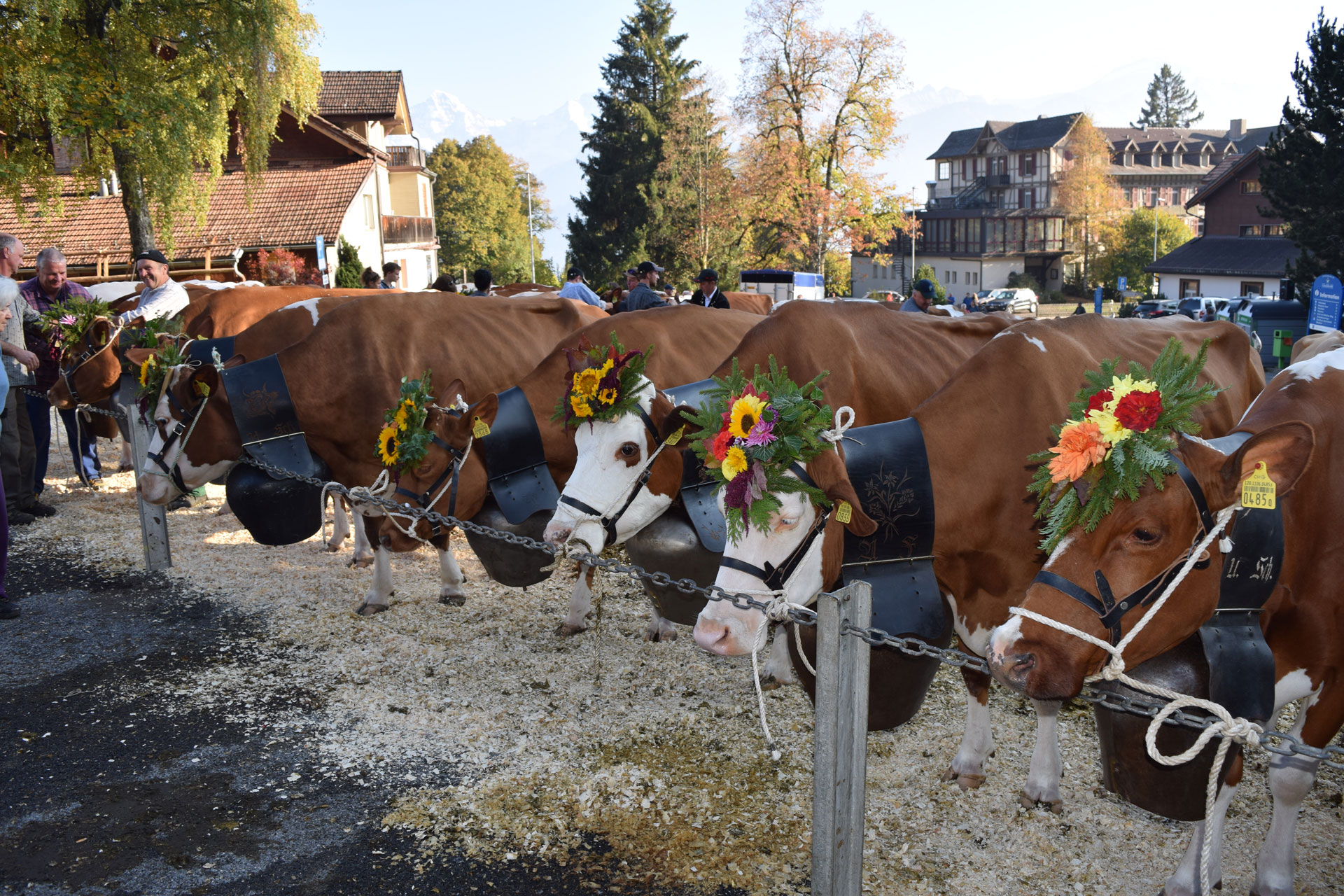 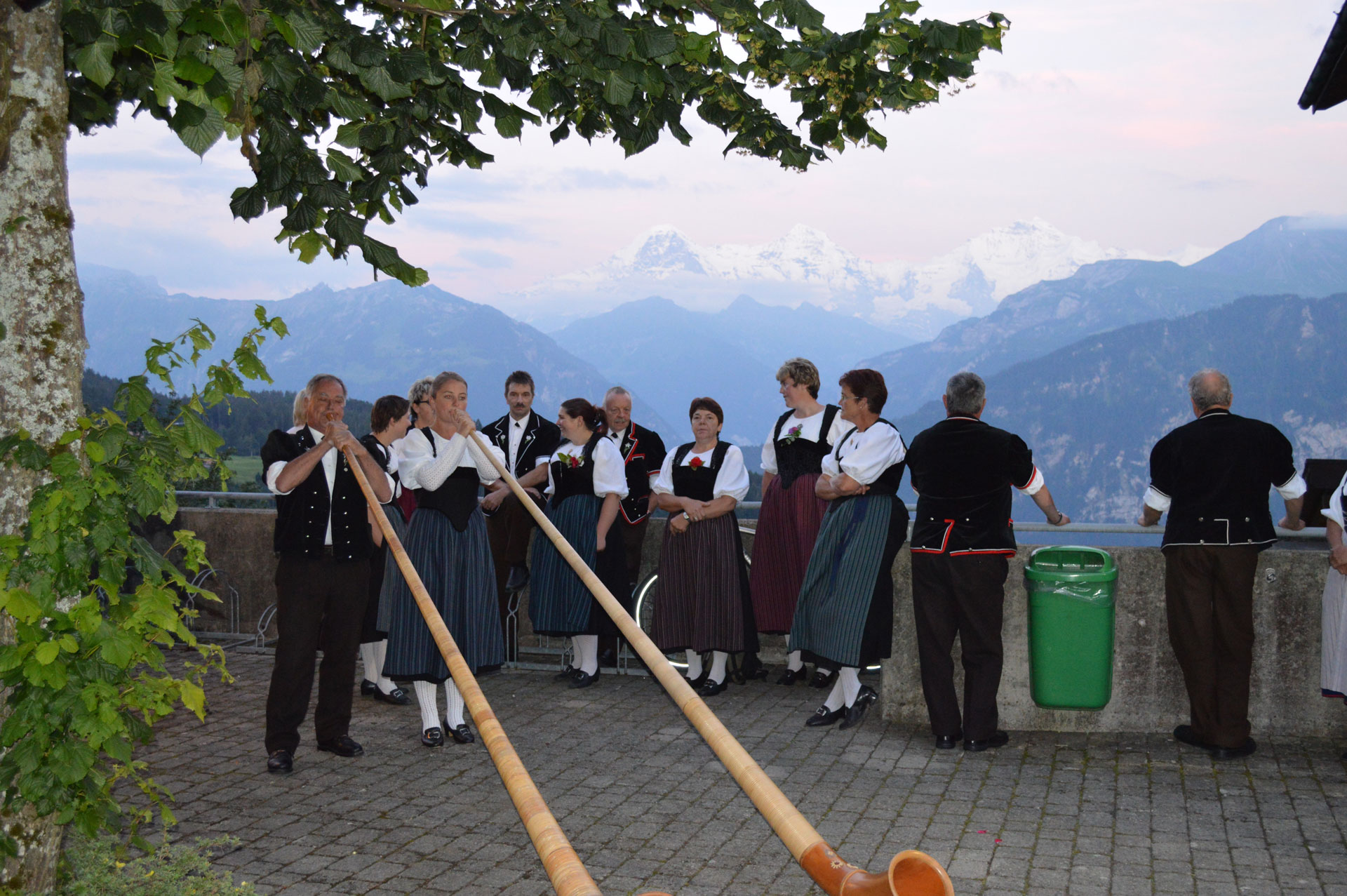 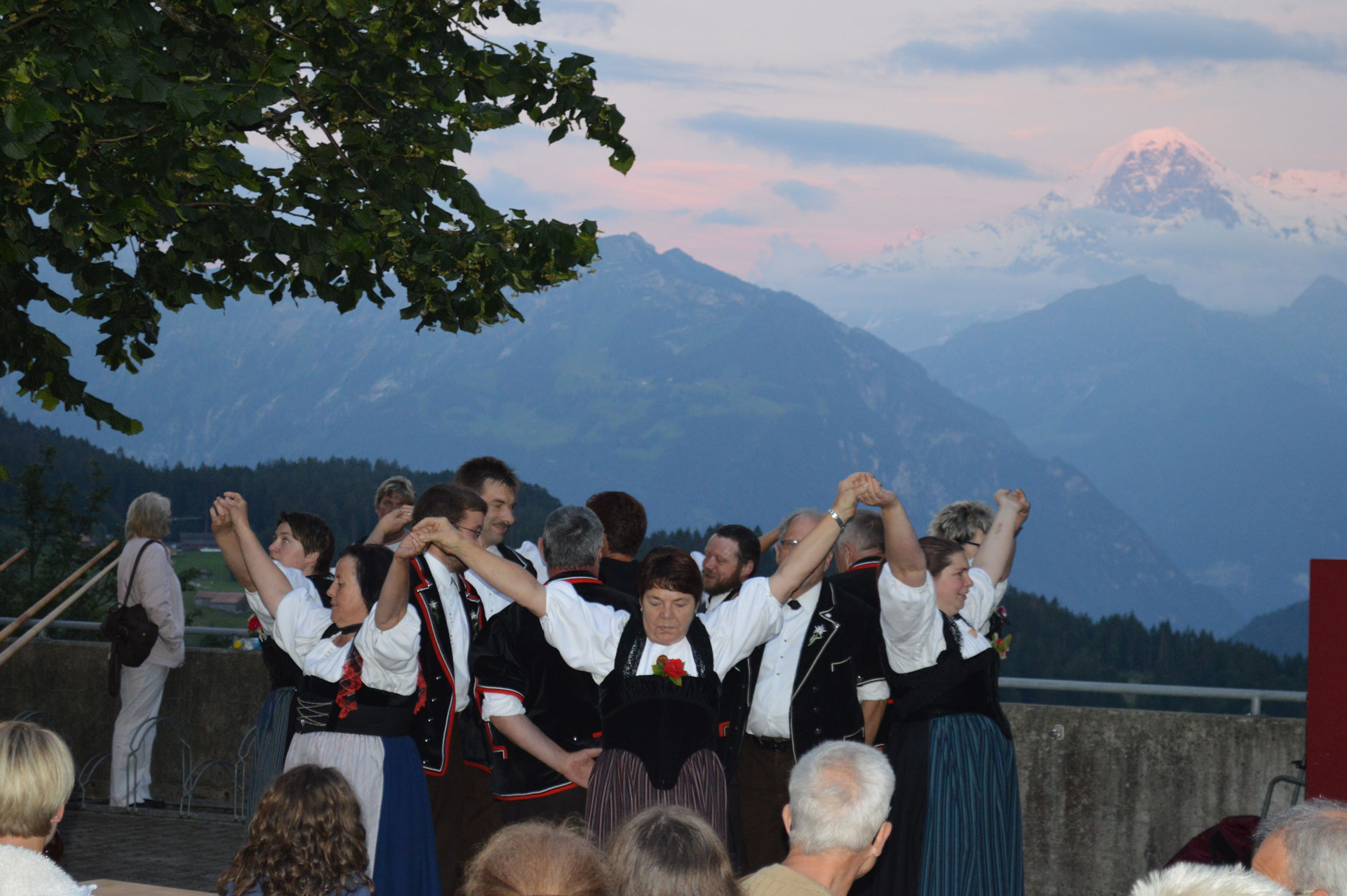 During the summer months, Beatenberg Tourismus organises a range of guest nights with various local assosiations. During these evenings we present Swiss traditions to our guests from all over the world. Prepare for yodelling and traditional dancing while the sound of the traditional Alpine horn sounds through the village for a special atmosphere.

In good weather festivities will take place outside on the square in the middle of the village. If there is a risk of bad weather the guest evening takes place in the congress hall. In the small restaurant guests can try a typical Beatenberg dried sausage or a cheesy bread ‘Chäs-Brätel’. 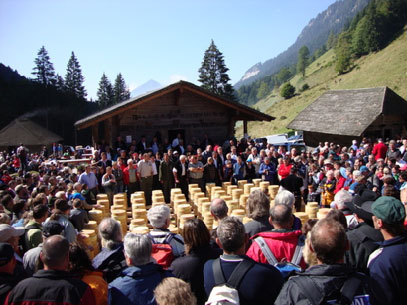 The traditional ‘Chästeilet’, or ‘dividing of the cheese’ is taking place on the Sypcherbeg in the Justistal Valley for over 300 years. During the Alpine summer, Alpine herdsmen make cheese from the milk from more than 250 cows. At the end of summer it’s divided among the farmers in a centuries-old ritual- the ‘Chästeilet’. The farmer can take home the proportion of cheese that corresponds with the amount of milk contributed by their cows. Finally, cheesemakers parade into the valley in traditional dress with decorated cows. 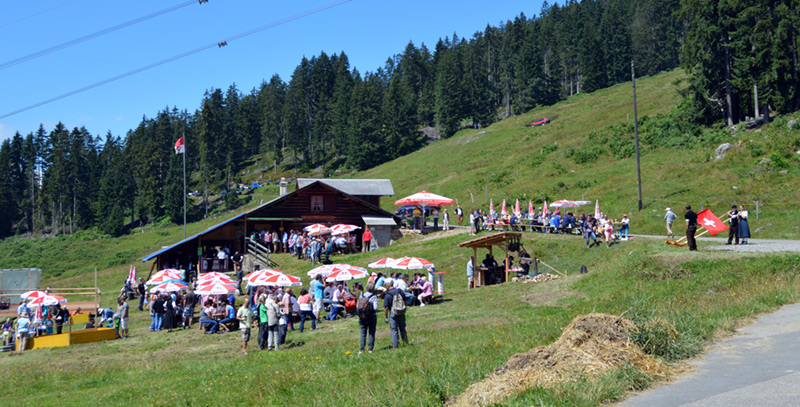 Each year the Beatenberg yodelling club organises the Bode-Chilbi in the area of Schmocken, ‘uf em Bode’ beneath the Vorsass mid station. The celebration begins with a church service at 10.30 h accompanied by music played by Beatenberg’s village clubs. Food is also provided, while a range of games take place from 13.00 h on.